A taut and respectful adaptation of RC Sherriff’s iconic play, Journey’s End offers a conventional but deeply moving portrait of the First World War and its corrosive impact on the human soul 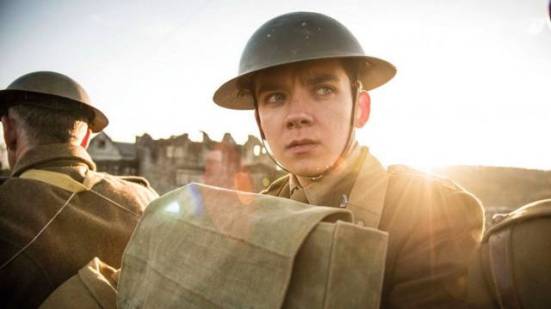 In 1928, when Journey’s End was first performed in London’s West End, the wounds of the First World War were still festering in British society. Written by war veteran RC Sherriff, the play horrified contemporary theatre-goers with an uncompromising portrayal of a British officer’s dugout in the Spring of 1918. Sherriff’s dispiriting account has continued to shape the popular understanding of the war nine decades later, an immense cultural legacy which has been buttressed through the years by plethora of cinematic adaptations, most notably Jack Gold’s 1976 film Aces High. This latest effort, from Suite Française director Saul Dibb, arrives as part of the official centenary commemorations of the First World War, but the solemn power of Sherriff’s anti-war drama remains potent.

From the film’s opening moments, Dibb does an admirable job of expanding the play from the three stage walls for which it was written. The action often moves beyond the dugout and into the trenches outside, where the squalor of everyday life is rendered with impressive and uncomfortable detail. Events usually consigned off-stage, such as a suicidal raid on the German trench line, are depicted with all the visceral carnage that one expects of a modern war film.

Despite this expanded scope, the film maintains a sense of the intense claustrophobia that was integral to Sherriff’s vision. To this end, the camera often stays fixed in extreme close-up, with individual moustache hairs bristling towards the lens as background details fall into haze. There are no sweeping vistas of troops marching across no-man’s-land, as the focus remains wisely fixed on a small cast of characters and their emotional, rather than physical, turmoil.

Unsurprisingly, then, the film is dialogue heavy and thus relies greatly on its central performers. Sam Claflin stars as Captain Stanhope, a decorated company commander who has fallen into alcoholism and depression after three years in the trenches. Claflin’s interpretation of the role which launched Laurence Olivier’s career is adequate, if unsubtle. Full of quivering rage, he never quite captures the broiling, inner turbulence of his character, meaning that Stanhope’s emotional collapse in the latter portion of the film fails to elicit the catharsis it should.

More inspired casting is found in the form of Paul Bettany as Lieutenant Osborne, Stanhope’s second-in-command and emotional confidante. Affectionately referred to as ‘Uncle’ by the other officers, Osborne acts as a sort of sage to the rest of the men, helping them to maintain their humanity whilst all around are losing theirs. Likewise, Asa Butterfield is impeccably pitched as Lieutenant Raleigh, a baby-faced volunteer who quickly discovers war to be less exciting than he had envisioned. And although occupying a more limited role, Stephen Graham provides a similarly authentic presence as Lieutenant Trotter, an outwardly cheerful officer whose working-class origins have been maintained from the play whilst shifting his accent from London to Merseyside.

It is the interplay between these characters which serves as the core of the film, offering a poignant meditation on the relationships that form between men amidst the harshest of circumstances, in both their warmth and their tragedy. This bleak atmosphere is supported by a thronging, melancholic score from composer Natalie Holt, which creates an appropriately ominous soundscape.

The fiercely respectful tone of Journey’s End is undeniably moving, but ultimately offers little that hasn’t been seen in the last hundred years of World War One films. The script, meanwhile, isn’t shy about perpetuating the same ‘lions-led-by-donkeys’ clichés previously found in everything from All Quite in the Western Front to Blackadder Goes Forth. Nevertheless, it offers a powerfully intimate perspective on a period which has long been lost to living memory, and serves as a timely elegy to the human costs of war.