It might be hard to remember now, but cinema got off to a gloomy start in 2021. As the year began, big screens across the world were once again closed amidst another coronavirus-induced lockdown. Of course, if movies have taught us anything, it’s when things are at their bleakest that the cavalry comes riding over the crest of the nearest hill. Sure enough, as we gradually re-emerged into a freshly vaccinated world, a gratifying glut of fantastic films followed to end the drought and reaffirm our faith that cinema isn’t going anywhere. From the stupendous, IMAX-enhanced spectacle of Denis Villeneuve’s Dune to the sumptuous charm of Wes Anderson’s The French Dispatch, the films of 2021 illustrated the viscerally beguiling power of the cinematic experience when we needed it most.

Due to the closure of UK cinemas throughout the first few months of the 2021, many of my favourite films might technically have premiered in 2020 or been recognised in last year’s awards season, but as I couldn’t get round to them before now, they are being featured here. It’s my website, I make the rules.

As testament to this crowded field of brilliant films, I am doling out a few honourable mentions for some exceptional works which didn’t make the top ten: Ridley Scott’s The Last Duel featured an ensemble of fine performances alongside gripping medieval world-building, all cruelly overlooked by cinema-going audiences; Joanna Hogg’s The Souvenir: Part II was a moving depiction of grief and rebirth through art, if not surpassing the original film then at least providing an essential companion; and Céline Sciamma’s Petite Mamam took the sublime innocence of a child’s-eye-view to the complexities of bereavement, motherhood and coming-of-age.

And without further ado, here are the top ten… 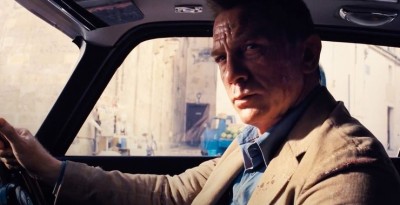 While audiences are used to James Bond saving the world from nuclear/viral/electromagnetic armageddon, this year it was cinema itself that needed saving – and as usual there was only one man for the job. Following a distressing series of delays, the 25th 007 adventure defied all the odds and proved well worth the wait, giving the global box office a much-needed shot in the arm in the process. Bringing Daniel Craig’s term to a devastating yet totally satisfying end, No Time To Die provided all the requisite globe-trotting thrills that fans expect, but anchored to a poignant emotional core. It fulfils the promise of Craig’s 2006 Bond debut Casino Royale, forging an utterly singular path while remaining steeped in the vision of original 007 author Ian Fleming. James Bond will return, but it is no exaggeration to say he will never be the same again.

Cinema is capable of transporting audiences into the farthest depths of space or across the reaches of human time, but perhaps more remarkable is its ability to offer new ways of understanding the world in which we already live. The experience of deafness is communicated with brilliant insight in Darius Marder’s Sound of Metal, which follows heavy metal drummer Ruben Stone (Riz Ahmed) as he deals with a sudden loss of hearing. Ahmed, all-too-often relegated to supporting roles in Hollywood productions, flexes his muscles as a leading performer here with a nuanced portrait of a man stubbornly clinging to a life which has already deserted him. Meanwhile, the Oscar-winning sound design sound design offers a frighteningly convincing aural glimpse of the physical sensations of hearing loss. More than the story of one man, however, the film is an earnest tribute to the astonishing work done by support networks within the deaf community.

The second instalment of Pablo Larraín’s “famous ladies with sad lives” series, Spencer is a fairy tale which imagines Princess Diana as a damsel in distress at Sandringham for Christmas 1991, with her Prince Charming also her captor. Kristen’s Stewart’s beguiling central performance and Jonny Greenwood’s discombobulating score represent two sides of the same coin, working in sync to provide an insight into Diana’s confused and tyrannised mental state. But the film’s secret weapon is Timothy Spall, a towering chameleon of an actor whose performance as Equerry Major Alistair Gregory provides an oppressive symbol of the stifling authority and custom from which Diana is desperate to escape.

Arthurian legend has been served poorly by the big screen in recent years, from Antoine Fuqua’s relentlessly mediocre King Arthur (2004) to Guy Ritchie’s execrable King Arthur: Legend of the Sword (2017). The Green Knight is perhaps the first effort to escape the long shadow of Monty Python and the Holy Grail. David Lowery conjures a surreal and immersive vision of an fantastical chivalric kingdom – a visually enrapturing land of wandering giants, roaming bandits and seductive apparitions. Dev Patel follows up his fantastic turn in Armando Iannucci’s David Copperfield with an equally charismatic leading performance. Much like its medieval source material, The Green Knight is an enigmatic, conceptual work which leaves itself open to interpretation – occasionally inscrutable, but always wondrous. 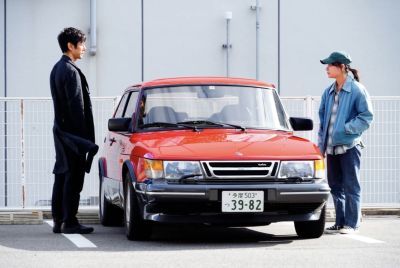 No Time to Die might contain the longest pre-titles sequence of any Bond film, but it pales in comparison to the 40+ minutes of setup which precedes the opening credits of Drive My Car. Ryusuke Hamaguchi’s languidly paced drama is epic in both its length and ambition, using a broad canvas of richly complex characters to tell an intensely insular story of grief and self-renewal. Hidetoshi Nishijima plays a recently widowed theatre director embarking upon a bold multi-lingual adaptation of Chekov’s Uncle Vanya, while unresolved anguish simmers below his composed exterior. The restorative and yet evasive power of communication sits at the heart of Hamaguchi and Takamasa Oe’s powerful script – this is a world in which everyone talks so much and yet says so little, for want of a receptive ear. Unfortunately, the Beatles song of the same name does not feature.

For those seeking a film about a hard-drinking, ex-military loner with a traumatic past on a quest for redemption (and who isn’t?) then the oeuvre of Paul Schrader will leave you spoilt for choice. It’s a preoccupation which goes back at least as far as his script for Martin Scorsese’s Taxi Driver (1976), and The Card Counter offers little deviation from this well-worn path – indeed, it treads particularly similar ground to Schrader’s last film, 2017’s excellent First Reformed. As Alan Partridge once said, “people like them, let’s make some more of them,” and despite its thematic familiarity, The Card Counter is a triumph. Oscar Isaac is a captivating yet brilliantly unsettling presence as gambler and former US Army torturer William Tell, whose gnarled psyche casts a darkly oppressive pall over the whole film. Beneath this gripping character study sits a vicious indictment of the modern United States as a declining power; a country which brutalises itself and others abroad while decaying from within.

A jaunty coming of age story set amidst the seedy chaos of early 70s Los Angeles, Licorice Pizza is something of a back-to-basics effort from Paul Thomas Anderson. The setting recalls the sun-baked seventies glitz of 1997’s Boogie Nights, while the tone hews more closely to Anderson’s 2002 romantic comedy Punch Drunk Love than the weightier material he has tackled since then. Cooper Hoffman and Alana Haim star as two friends, Gary and Alana, separated by a decade in age and even further in their outlook on life, who nevertheless find themselves inexplicably drawn to one another as they navigate treacherous border between adolescence and adulthood. Despite their lack of prior acting experience, there is an electric and utterly believable chemistry between the two leads, effortlessly capturing the confused jumble of emotions and expectations which define early adulthood. In usual Andersonian style, the film eschews narrative convention as the central relationship unfolds over a series of hilariously unlikely episodes which feel like half-remembered and well embellished anecdotes from a misspent youth.

Following four teachers and friends who decide to experiment in staying slightly drunk during working hours, Another Round is a brilliantly nuanced study of how and why boozing dominates so much of our lives, despite what it does to us. Taking an ambivalent view on Denmark’s social alcoholism, director and co-writer Thomas Vinterberg doesn’t shy away from the most miserable and destructive outcomes of alcohol, but he also isn’t afraid to admit that getting hammered can be an awful lot of fun. Vinterberg’s unvarnished perspective extends an affectionate empathy to his characters – despite their foibles, there is a genuine and infectious warmth between the four friends at the core of the film, which challenges preconceptions about who or what an alcoholic really is. Choosing to ask questions about our relationship with alcohol rather than pontificate, Another Rounds trusts its audience to reach their own conclusions. 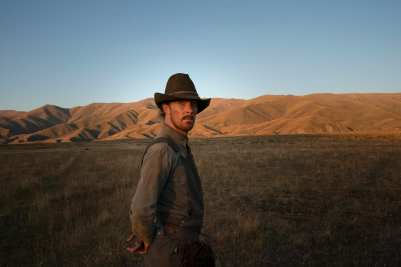 Returning to the elemental style of her 1993 masterpiece The Piano, Jane Campion’s first film in 12 years is an enigmatic fable of masculinity on the fringes of civilisation. The Power of the Dog unfolds on a ranch in 1920s Montana, where the inhabitants of this unforgiving world are like the jagged, rocky landscape which surrounds them – formed, or deformed, by the extreme pressures of their environment. Benedict Cumberbatch gives the best performance of his career as the tyrannical rancher Phil Burbank, brilliantly communicating an ambivalent cocktail of grief, self-hatred and vulnerability, barely concealed by his antagonistic, machismo façade. Filmed on New Zealand’s Maniototo Plain, the rugged scenery is framed in its oppressive vastness by Ari Wegner’s stunning cinematography, while Jonny Greenwood’s understated and gently mournful score is typically masterful. 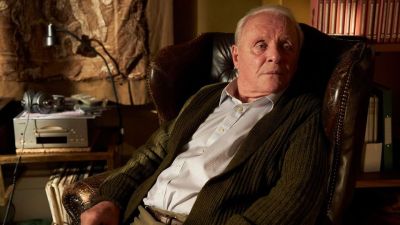 My favourite film of any year is usually a film I’d be happy to watch repeatedly. In the case of The Father, I’m not sure if I’ll ever be ready to see it again. Placing audiences inside the mind of Anthony, a man living with dementia, the film is a heart-breaking glimpse into the experience of an isolating and confounding condition.  Director and co-writer Florian Zeller has adapted his own play to the strengths of the big screen, pulling his audience across time and space to powerfully disorienting affect. But it’s Anthony Hopkins’ astounding central performance, for which he deservedly won an Oscar last year, which propels the film through our Earthly firmament into another realm of brilliance. He embodies his namesake character with a palpable depth of personality and life – every withering remark, confused tirade or mournful sob betraying the underlying agony of a man feeling his lifetime of experiences, relationships, passions and achievements slowly fade to nothing.