The Coronavirus lockdown has threatened cinemas like never before, but it’s not the first time their future has been in doubt. From Nazis to Netflix, clued-down looks at how theatrical film exhibition has survived more than a century of challenges.

Cinemas are currently facing an unprecedented crisis. In Britain, for the first time in over 80 years, every screen in the country has been forced to close, putting thousands of jobs and the future of an entire industry at risk. According to the Hollywood Reporter, global box office losses could reach $17 billion if the lockdown continues to the end of May. With streaming services already nipping at the heels of theatrical exhibitors, it’s impossible to say what the landscape of film distribution will look like mere months from now.

However, this is not the first time that cinema operators have had to weather a storm. Movie-going has been a ubiquitous pastime for more than a century, and in that period the silver screen has faced repeated slumps in attendance and challenges from other media. From Nazi air raids to the rise of Netflix, cinemas have always been forced to adapt to sudden calamity and rapid changes in consumer habits – and so far they have managed to survive.

Cinemas first emerged in the last years of the 19th century and quickly became the diversion of choice for the young, urban working classes. By the outbreak of the First World War in 1914, there were 4,000 locations across the UK, and their grip upon the nation’s social life was only tightened with the advent of talkies and Technicolor in the 1930s. In the words of historian AJP Taylor, cinema was ‘the essential social habit of the age’.

The first challenge to this supremacy arrived with the Second World War. When Britain declared war on Germany on 3 September 1939, every picture house in the country was immediately closed by order of the Government, fearing their vulnerability to aerial bombing. This quickly provoked outrage; the playwright George Bernard Shaw, for one, penned an angry letter to The Times asking, ‘‘what agent of Chancellor Hitler is it who has suggested that we should all cower in darkness and terror ‘‘for the duration’’?’ The importance of cinema for both civilian and military morale was quickly recognised, and within a month every screen across the country was once again open for business.

In the end, the war years turned out to be something of a golden age for the country’s cinema industry, as the miseries and privations of war encouraged audiences to seek refuge in the glamour of the movies. Attendance grew steadily throughout the conflict, eventually reaching an all-time high of 1,635 million in 1946 – this was despite the 160 cinemas destroyed by enemy action. Film exhibitors may not have appreciated it at the time, but these were halcyon days, as the postwar era brought renewed attacks upon the dominance of the silver screen. 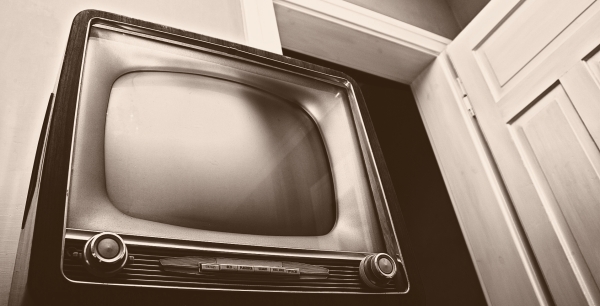 The BBC had issued the world’s first regular television transmission on 2 November 1936, and within two decades this new technology became a common feature – arguably the feature – of family living rooms. The growth of television, combined with the spread of central heating, made staying at home a more attractive prospect for Britain’s movie-going masses. Audiences declined steadily from 1948, as did did the number of cinemas. From a peak of 4,700 venues in 1946, this fell to 3,050 by 1960 and 1,971 by 1965.

To combat this precipitous decline, the film industry turned to the sort of spectacle and technical innovation that couldn’t be equalled by their small screen competition. Colour pictures became more common, while the 1950s also saw a brief craze for 3D movies along with the introduction of various widescreen processes like Cinerama, VistaVision, CinemaScope, and Ultra Panavision. While these developments helped movies to retain their edge, the first real victim of the television boom was the once-mighty newsreel industry, which could not hope to match the immediacy of TV news. British Paramount News closed in 1957, followed by Universal and Gaumont British in 1959. In 1960, the Newsreel Association of Great Britain and Ireland ended all operations, whilst the fatal blow was finally dealt in 1969 with the closure of British Pathé.

The innovations of the fifties may have slowed the rot in theatrical exhibition, but the worst was still yet the come. Audiences continued to tumble precipitously, and fell to a record low of just 54 million admissions in 1984 – a collapse of 95% from their 1940s heyday. Indeed, the 1980s are widely recognised as the nadir of the British cinema industry, as the advent of home media with VHS and Betamax brought Hollywood blockbusters into living rooms just months after their big-screen premiere. Meanwhile, TV soaps and sitcoms arguably replaced cinema as the nation’s favoured mass entertainment; on Christmas Day 1986 over 30 million viewers watched Eastenders‘ Dirty Den serve divorce papers to his wife Angie.

As audiences fell, so too did the number of screens to serve them. By 1984 there were just 660 sites left in the UK, often in an unloved and dilapidated condition. The following year, film academic Geoffrey Nowell-Smith warned, ‘there is now an imminent danger that British Cinema as we know it, will have effectively ceased to exist within the decade.’ Amid this downturn, hundreds of grand movie houses were demolished or converted into bingo halls, pool clubs, or places of worship (the preservation of these often ornate, art-deco constructions continues to fuel controversy).

Things seemed dire, but salvation was close at hand. Imitating developments in American suburbs, AMC opened the UK’s first multiplex in Milton Keynes in 1985. Called The Point, it was a futuristic, pyramid-shaped structure of glass and steel. Inside were ten cinema screens and a snack bar selling an indulgent range of food and drink, while the courtyard outside had ample space for parking the family saloon.

The Point brought about a revolution in British cinema’s fortunes, and how it did business, as a wave of new establishments based on the same model were rapidly constructed. These buildings were cleaner and better maintained than many of the decaying old city-centre cinemas with which audiences were familiar, and their greater number of screens meant that they could, in theory, show a broader range of films. By 1990 there were 41 such cinemas with 411 screens between them, while nationwide cinema admissions had nearly doubled to 97.37 million.

Thanks to continued investment, audience attendance rose consistently over the following decade, and since 2001 the annual total has never dipped below 150 million. Of course, there were some losers in this brave new world. The explosion of out-of-town multiplexes did cause closures among independent cinemas which were unable to adapt their existing buildings. Meanwhile, many cinéastes have argued that rather than expanding consumer choice, these multi-screen behemoths have actually restricted the selection of films on offer, dedicating their plethora of screens to the latest American blockbusters and little else.

But the fact remains that the multiplex saved the humble cinema from terminal decline, and the industry has enjoyed reasonably good health ever since. Indeed, despite the rise of fresh competition in the form of HD television and streaming services like Amazon Prime and Netflix, cinema admissions have remained relatively steady over the past 20 years, while in 2018 British cinemas had their best year since 1970, selling 177 million tickets. Cinema sites have also continued to multiply; more than 30 opened in 2019 alone, bringing the total across the UK to 840.

While theatrical film distributors, particularly those in France, wring their hands about the threat from Netflix, there is little evidence that cinema’s days are numbered. In fact, a recent study in the US by consultancy EY found that those who stream movies more regularly are also the most enthusiastic cinema-goers. Perhaps in recognition of this, Netflix has recently been increasing its presence in cinemas, partnering with Curzon in the UK to handle limited big-screen releases of Netflix-produced movies like Martin Scorsese’s The Irishman and Noah Baumbach’s Marriage Story. All this suggests a future in which cinemas and streaming giants can coexist in relative harmony. 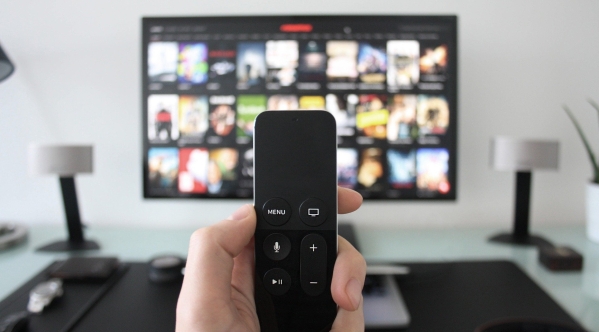 Admittedly, the 90-day window that has traditionally existed between a film’s premiere in cinemas and its arrival on home media is increasingly looking like an archaism within our on-demand culture. But just as cinemas have continually evolved over the last hundred years, they will persist in doing so against the new challenges of the digital age. Phil Clapp, the CEO of the UK Cinema Association, argued as much in a recent letter to the Financial Times, observing that, ‘the supposedly imminent demise of the cinema sector due to streaming has its echoes in the predicted impact on the business of TV, VHS and DVD.’

Throughout the catastrophes and innovations of recent history, cinema-going has proved to be a difficult habit to shake for the British public. The ongoing outbreak of COVID-19 has challenged the industry like never before, but there is something special about the cinematic experience which keeps audiences coming back. When the lockdown is finally lifted and we all emerge bleary-eyed from our homes, it won’t be long before we head back into the welcoming darkness of a movie theatre.